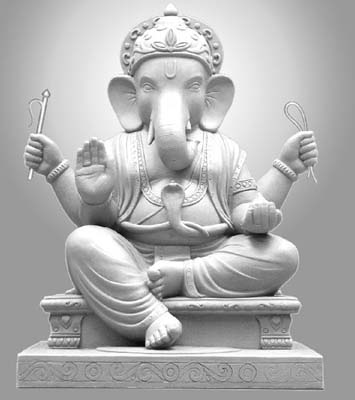 Question: When is Ganesh Chaturthi in 2012, 2013, 2014?
Answer:
The date of Ganesh Chaturthi falls on the fourth day after the new moon in the Hindu month of Bhadrapada. This is August or September each year. It's commonly celebrated for 11 days, with the biggest spectacle taking place on the last day called Ananta Chaturdasi.
at 1:30 PM

Email ThisBlogThis!Share to TwitterShare to FacebookShare to Pinterest
Labels:33millionGods,india,deity,ganesh 2013